Playgrounds of the Future are here!
Posted in Completed projects, Design

With the completion of the ACS Early Years Playground, one of our latest projects, playgrounds of the future are finally here!

For the full interview about the concept, scroll down.

To see graphics pertaining to the concept and design, click here: https://scapeworks.co/?portfolio=acs-nursery-playground

Here’s a photographic survey of the project: 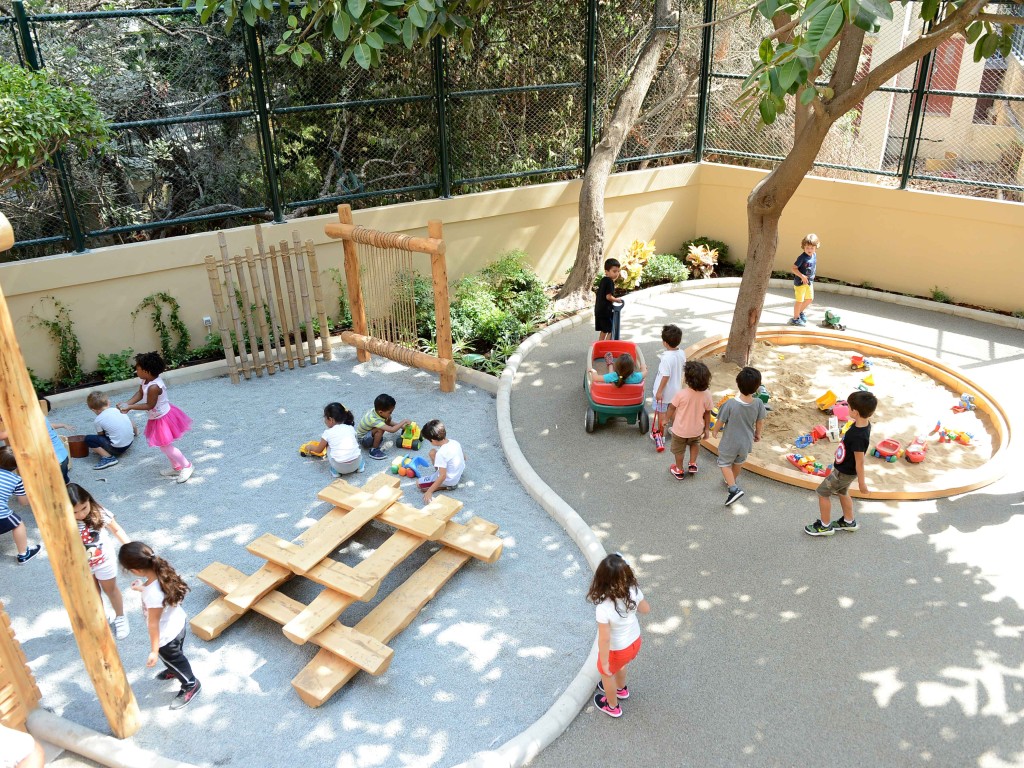 The playground encourages children to engage with natural shapes and textures. 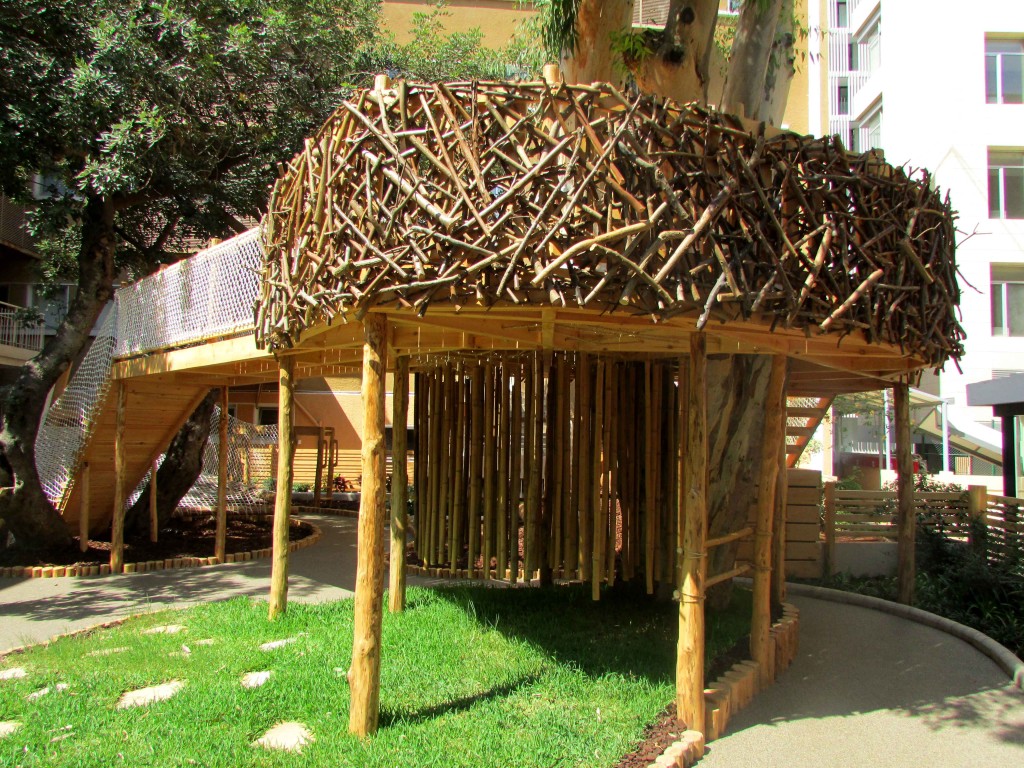 Children can thrive in an all-natural, dynamic environment. 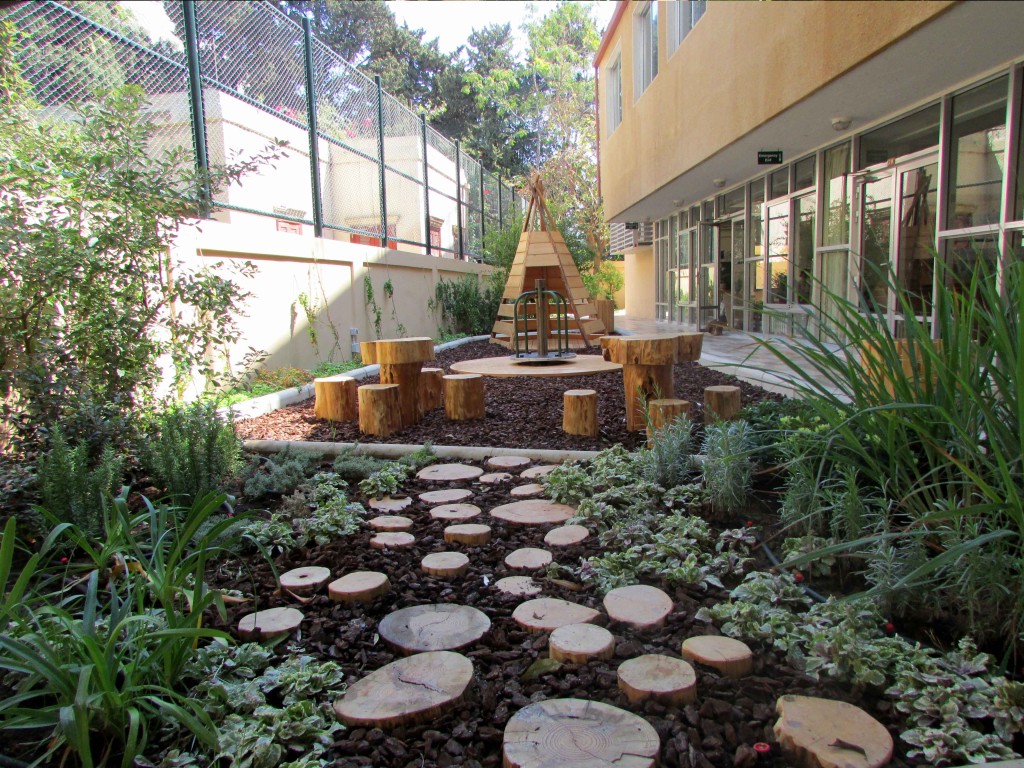 The teepee area acts as an extension of the classrooms. 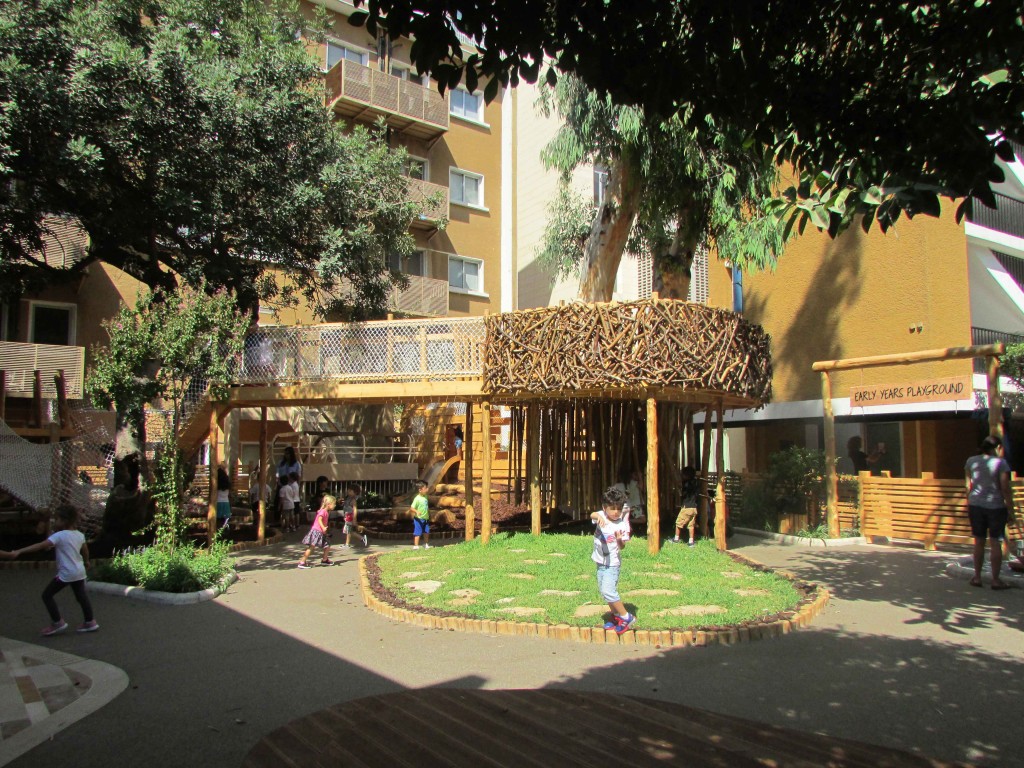 With an extra play level, the playground makes the best use of its area. 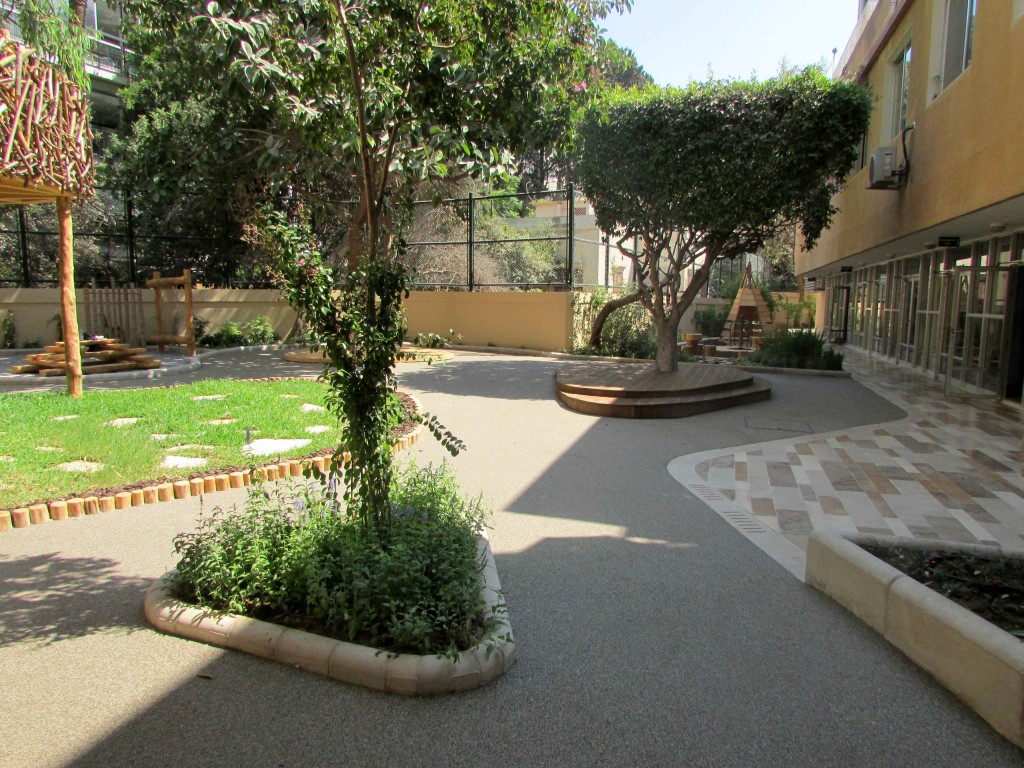 The tricycle track is made of natural aggregates. 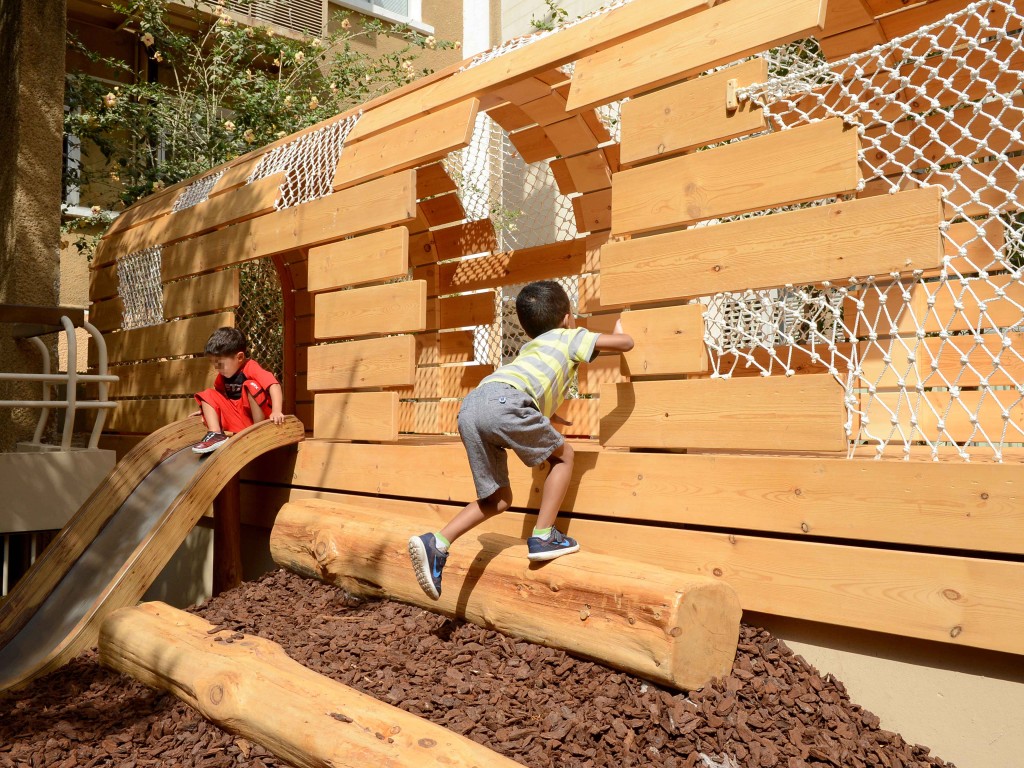 Circulation is meant to be free flowing and smooth. 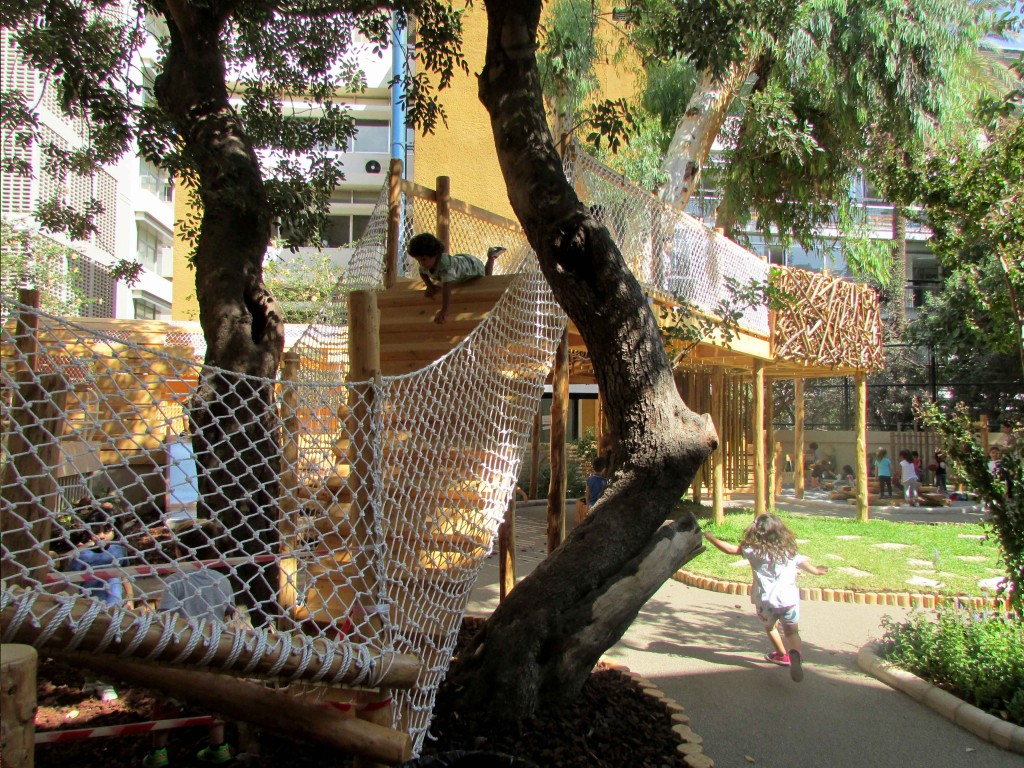 All the playground’s elements encourage children to be risk takers. 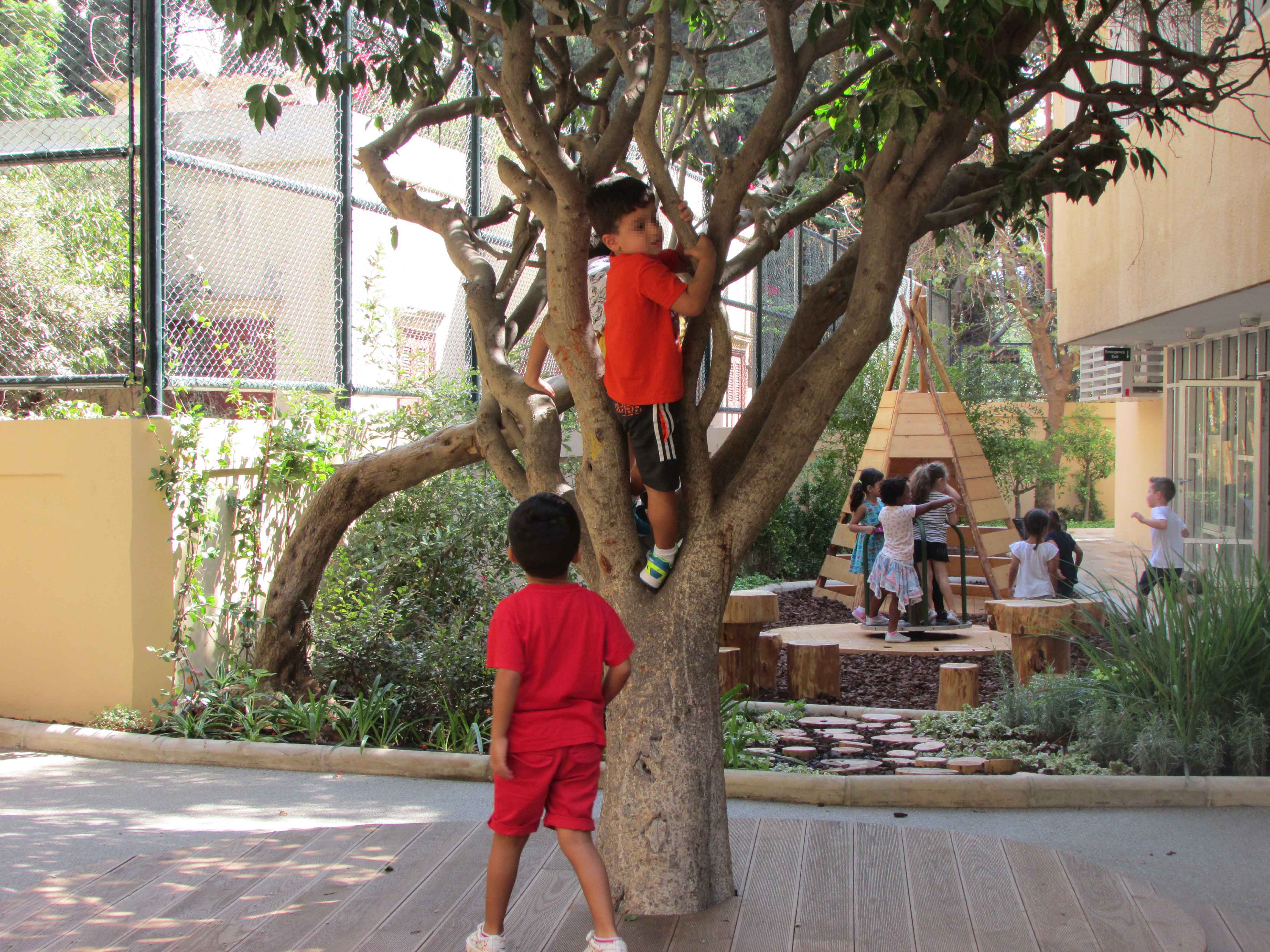 Many trees were integrated as part of the design. 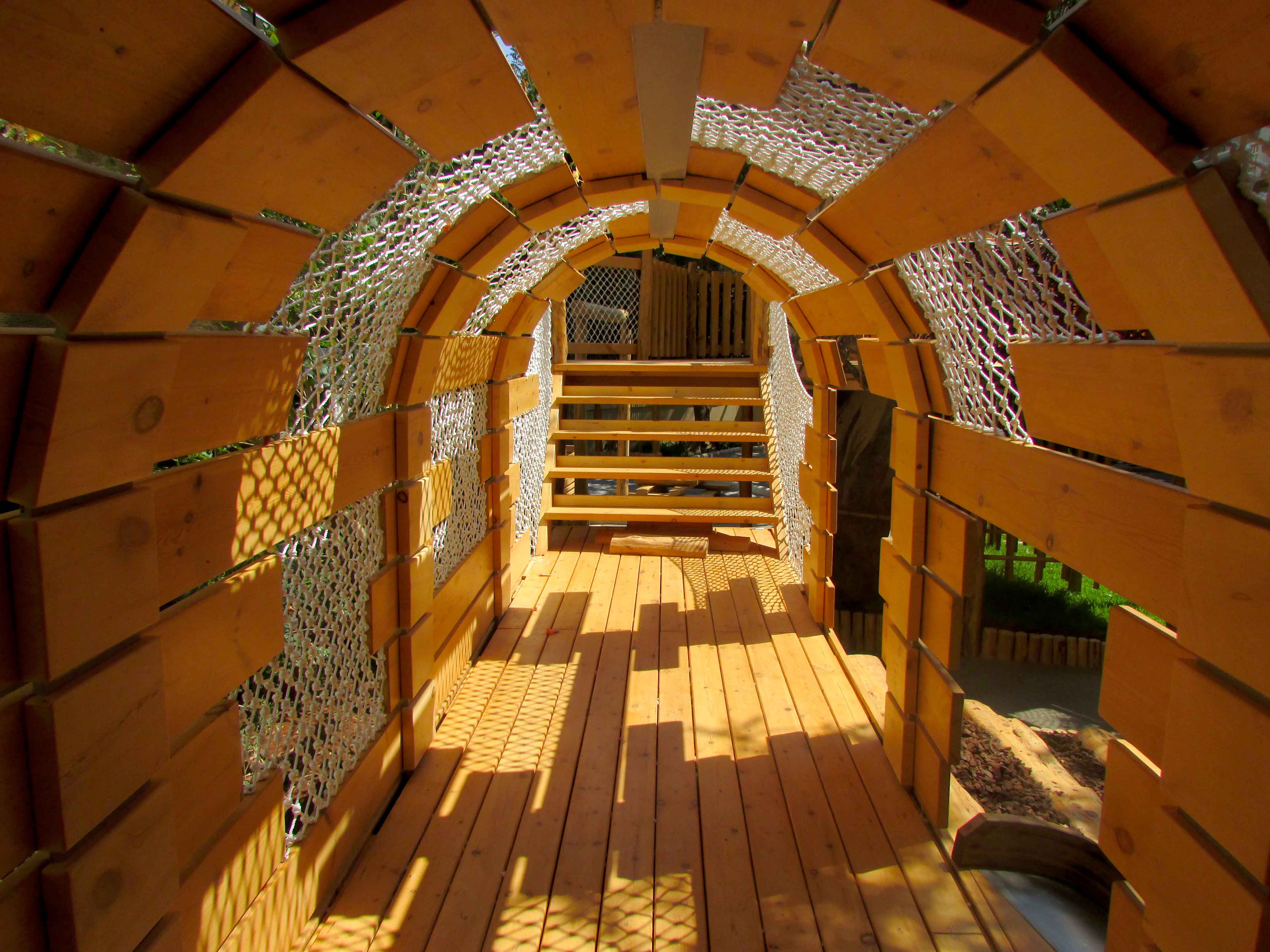 The tunnel allows children to seek some level of privacy. 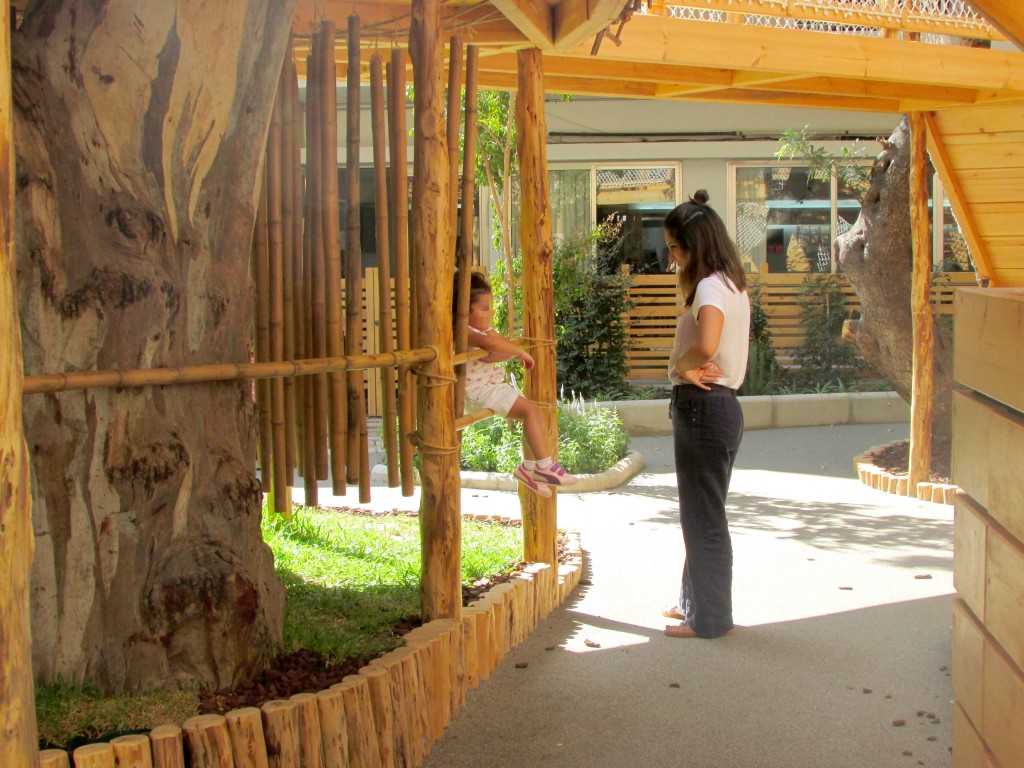 Teachers and children were delighted to this new addition to the campus. 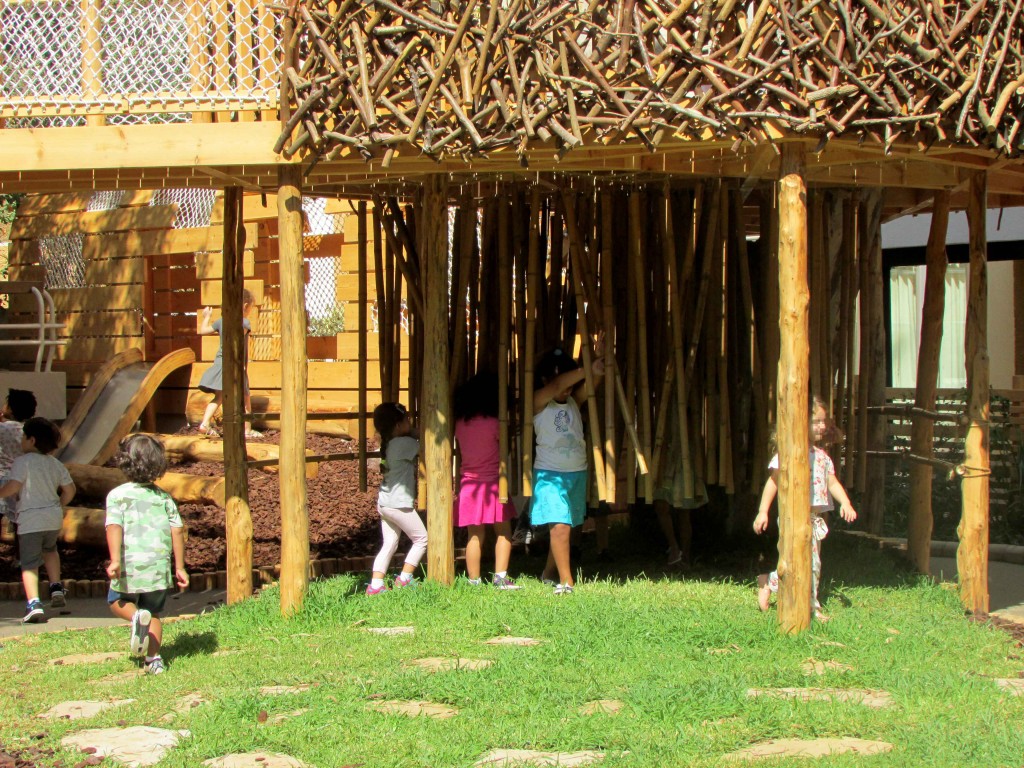 Bamboos found under the giant nest are a huge success!

Here’s the full interview we gave to ACS Matters Magazine.

Can you briefly explain the layout of the new earlier years playground?

The new Early Years Playground at ACS is one of its kind in the Middle East, in the sense that it completely revolves around the theme of Nature. It is almost entirely composed of natural elements articulated around three distinct play habitats (Adventure, Discovery and Creativity). Each habitat caters for different activities and development goals. The whole playground unfolds as the children intuitively follow arbitrary play circuits offering a rich variety of development opportunities.

What inspired this design?

Our main inspiration derived from consistently placing Nature at the heart of the project. We were excited to have an opportunity to drift away from conventional, polished playscapes. During the early brainstorming sessions for this project, we immediately established that Nature was the best play environment! We tried to break free from mental barriers that codified adulthood’s understanding of playgrounds. As such, our objective entailed designing with children eyes, introducing a naturalized space completely integrating plants, trees, flowers, water, dirt, sand, mud, animals and insects as inherent to the design.

How long did it take to build?

There were two phases to the process: the playground’s design and its actual construction. In February 2016, ACS held a design competition for the playground which was awarded to us (Scapeworks) in March. We then developed the design for 3 months by working hand in hand with ACS to get the desired result. We essentially worked with Mr. Ziad el Hdary, Director of Facilities and Operations, Mrs. Sawsan Yaseen, the Early Years Principal as well as Mr. Johnny Tanas, the Business Manager. Once all the drawings were ready and approved, we launched construction works during the third week of June for a period of two months.

The project was of fast track nature and took place in the shortest amount of time possible. It was purposely planned that physical works would initiate in summer in order to minimize impact on the school’s good functioning.

A time-lapse video of the entire construction process was produced and it strongly conveys the speed of the whole transformation.

What is your favorite feature of the new playground?

From a general perspective, we are very satisfied with the smoothness of the whole play circuit. Children can spontaneously hop on any feature accessible to them and embark into unpremeditated loops they create for themselves, hence facing new experiences every single time.

The playground area is not particularly large and as such, we came up with the idea of introducing an elevated playing platform using the large existing trees. It provides a fresh take on the space for children but also adds much needed running grounds.

With regards to the features themselves, they were all handpicked following a series of long, reflective processes. Each one of them is unique and targets specific developmental goals.

Do you feel the there are benefits for the early year students?

Absolutely! In recent years, child psychologists have observed increased behavioral problems due to Nature Deficit Disorder, a consequence of children drifting away from the benefits of playing in nature.

We were very happy to contribute to this project by reintroducing Nature at the center of a learning environment. Through this playground, ACS helped making childhood and outdoor play synonymous again.

Is there a time others, besides early years students, can enjoy it? (It  does look like a lot of fun!)

We believe so. We can’t speak for everyone, but we’ll just say that as adults, we’ve really enjoyed fulfilling the last part of our contract, which was to test and commission the playground!

The different activities and settings appeal to basic, human interaction with nature. The biophilia hypothesis suggests that there is an instinctive bond between human beings and other living systems; it is good for our psychological well-being to interact with nature. It’s something inscribed in our DNA.

Is there anything else you want to ACS community to know about the new playground?

First, we’d like to congratulate the ACS staff members involved in the project for their courageous stand. It may not seem like much, but it takes a lot of bravery to go off the beaten track when undertaking a project such as this one. Many schools would have taken the easy way out, which would have been to design a very static space under the label of “safety” at the expense of child development. With ACS, we still placed optimal safety as a priority but also forced everyone to think out of the box by encouraging the kids to challenge themselves and take some risks. In nature, randomness of interaction is a constant and it helps building character, even if it means an extra level of vigilance of the teachers overlooking the process.

The second point we wanted to mention is how bluffed we were by the children who have been using the space so far. They have completely embraced the playground’s conceptual essence and brought it to life in even more ways that we would have imagined. To see them roam around in all the different play habitats, interpreting the space in their own fashion, is very rewarding. We’ll add that the large smiles on their faces is a great indicator of the project’s level of success.